Looking for an editorial or political cartoon artist, you found one, give me a call.

Because of the large amount of sales and robo calls I get, you'll probaby get my voicemail, please leave a message with a description of what you're looking for, thanks. 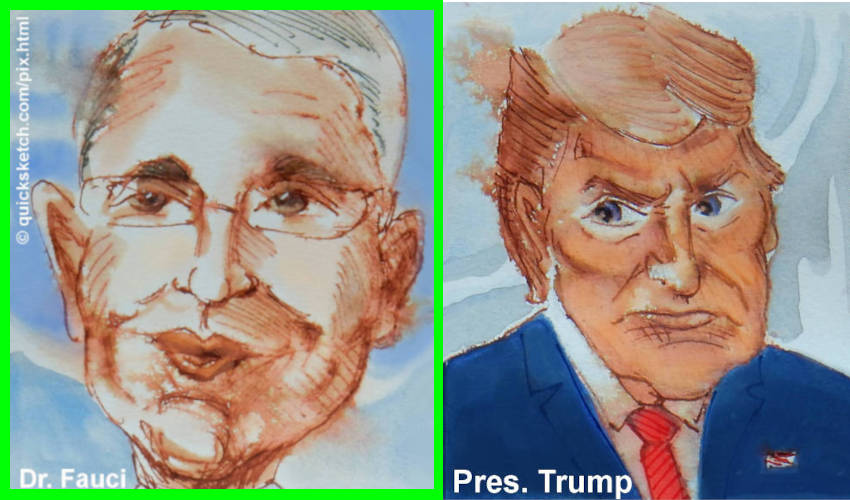 
Before we get into the political cartoons, here's an assortment of cartoons I've drawn over the years on other topics.

This cartoon was drawn for the school bus drivers throughout the country (photo from my bus) that were considered essential workers delivering lunches and distance learning materials like laptops and workbooks during the pandemic while the covid-19 virus was running rampant throughout the world. It plays up on the Spider-man phrase; With great power comes great responsibility. 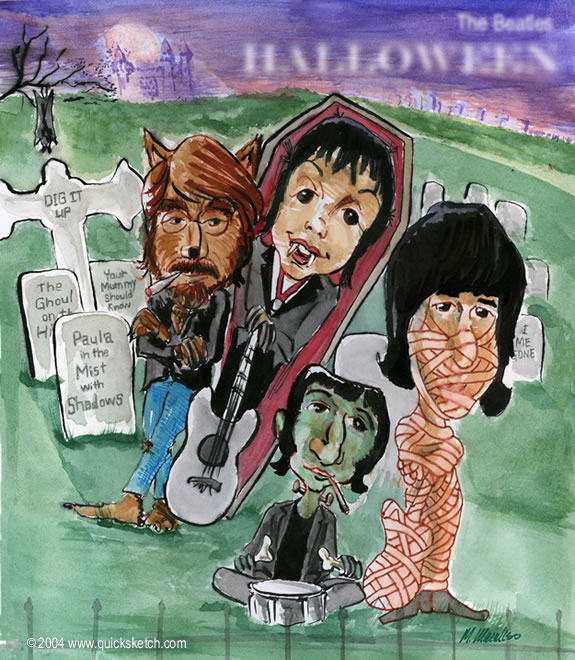 The rare Beatles Halloween Album :o) The Beatles are fun to draw, this was a quicky I did for a cartooning club I'm in "The Berndt Toast Gang" They have an annual Halloween party Grab Bag that I did this for. Interesting story, I put this up on Google Plus, which was Googles version of Facebook, and Paul McCartney put me into one of his circles. 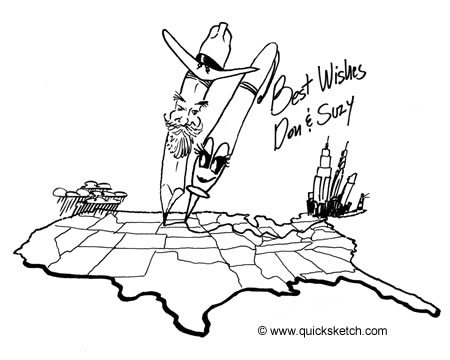 I did this for a cartoonist friend of mine who was moving across the counrty.

This caricature presented to a traffic court lawyer, it played up on definitions she would constantly repeat throughout the days. 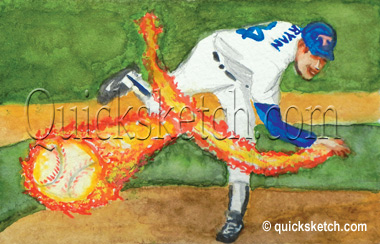 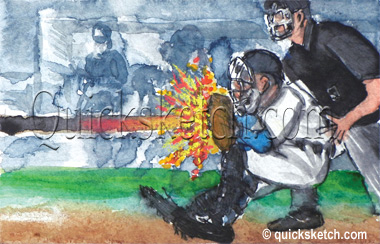 These baseball caricature cartoons were done for a guy that was going to send them to Nolan Ryan and one of his catchers for their autographs. 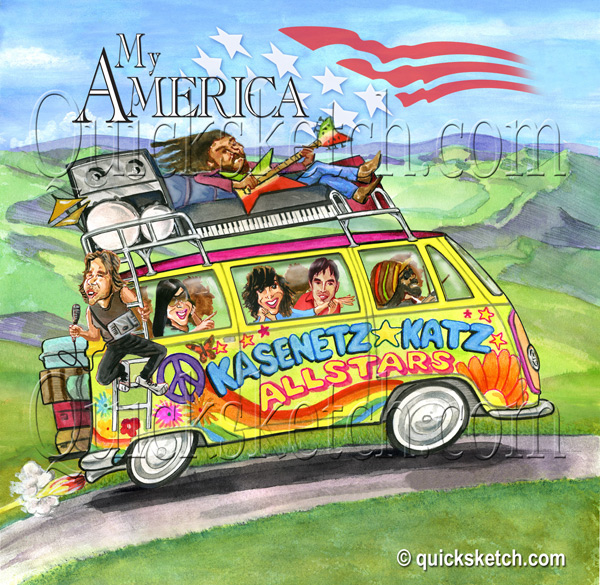 This was a fun watercolor cartoon with caricatures of a band on the road, especially drawing that classic VW van and decorating it to get that hippie feel that they wanted.

I have an online store where you can get these and other cartoons available on T-shirts, Postcards, Clocks, etc. 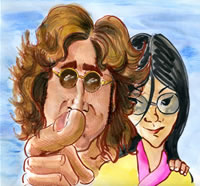 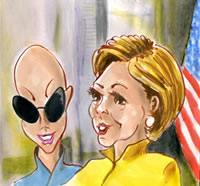 Here's a link to a sci-fi blog that I sometimes contribute cartoons and caricatures to. It has some interesting stories, one from John Lennon's Lost Weekend, his ufo sighting from the aliens point of view is one. And yeah, that's Hillary Clinton, check it out.

And Now Time For Some Of My Political Cartoons

(Some of these are commissioned pieces, appearing here courtesy of their respective owners.) 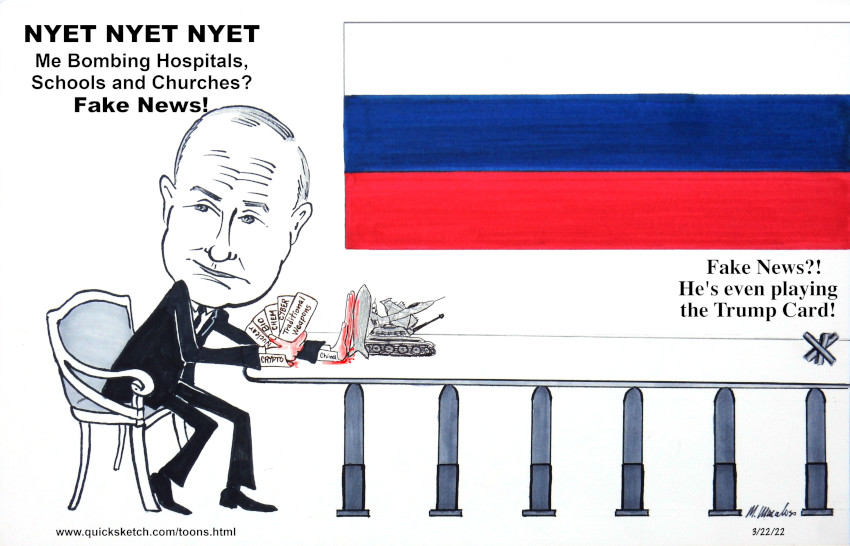 Remember the cornfield hunt in the original Planet of the Apes movie? Combine that with the January 6th insurrection on the U.S. Capital and here's what you get, a Nancy Pilosi Nightmare! 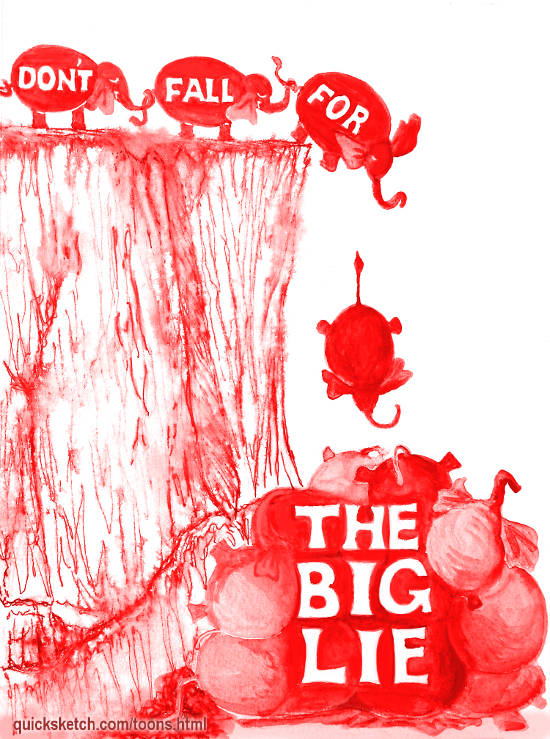 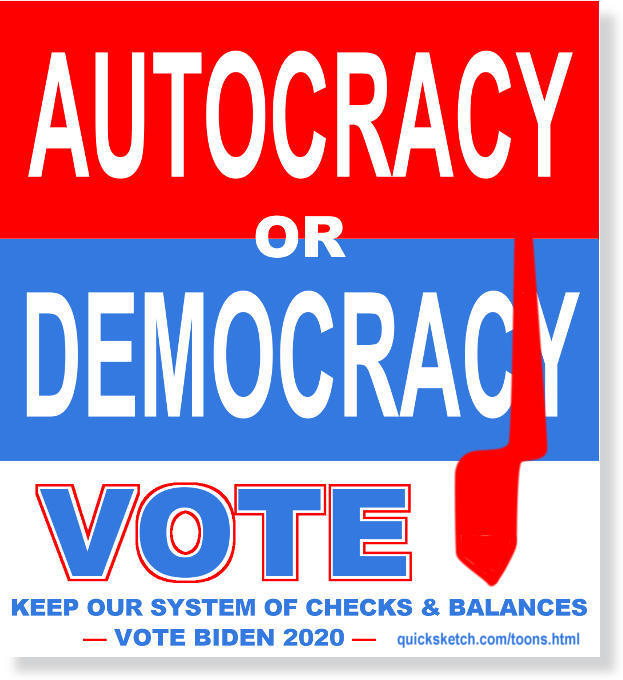 This scene of a Trump and Clinton debate was done before they announced where the first debate would be. It was actually at Hofstra University on Long Island, my guess was in front of the NY Public Library (not very far away). 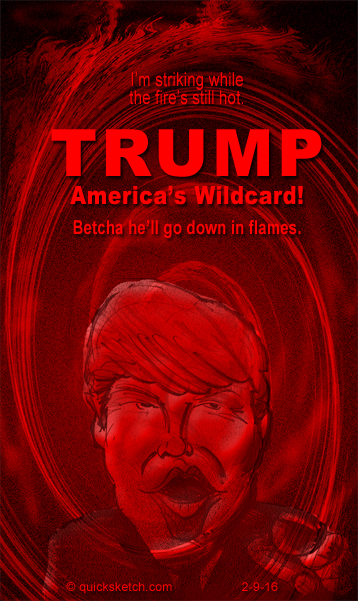 They got this one wrong...so far. 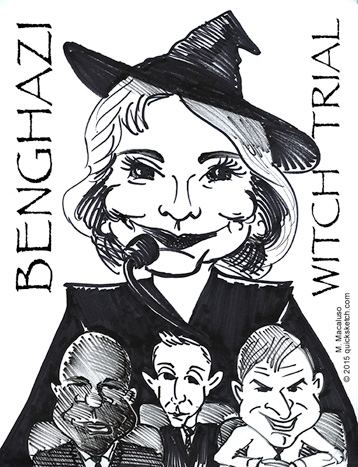 Hillary Clinton being grilled by the House Select (Republican) Committee, no new evidence was found after two days of testimony. 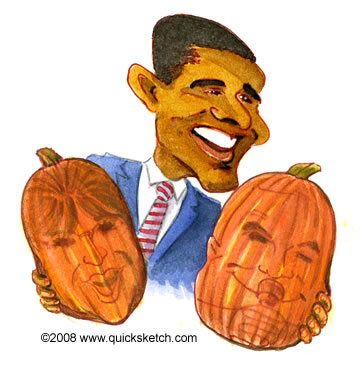 These are a few political cartoons from the Obama era. 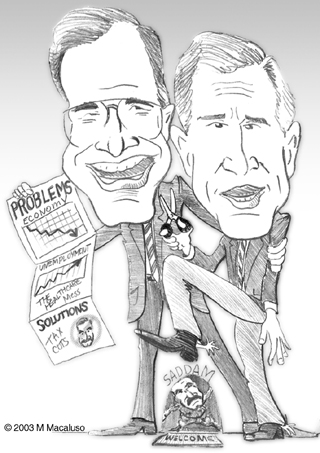 I drew this cartoon right before the Iraq invasion. 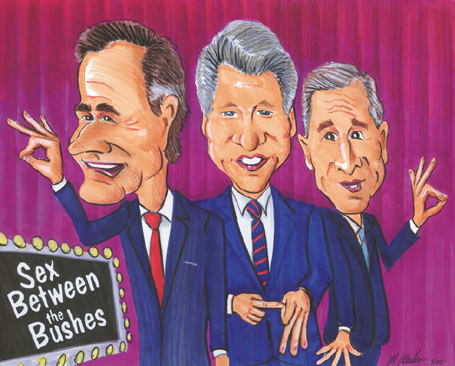 This needs no explaination. 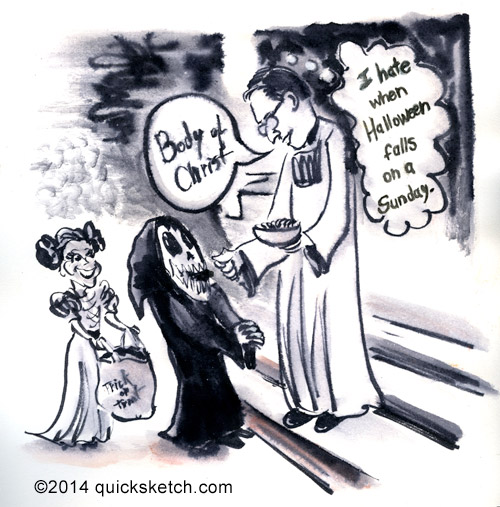 This Sunday Halloween church cartoon got lots of attention.

Aside from custom cartoons, I also do live caricatures for parties and weddings also studio caricatures from photos.

I Also Do Caricatures From Photos!